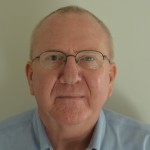 Tom founded TDG in 2002 and brings over 40 years of experience working with the federal government. Bootstrapping TDG’s growth from 2004, the company is now a VA certified Service Disabled Veteran-Owned Small Business (SDVOSB) and has become one of the premier security and IT support services companies in Northern Virginia. Growth has been fueled by eleven prime contracts including joint venture awards under GSA’s VETW GWAC ($5B ceiling) and small business and SDVOSB awards under NIH’s CIO-SP3 contract ($20B ceiling). Prior to founding TDG, Tom was the COO for the John P. Murtha Institute for Homeland Security at the Indiana University of Pennsylvania, Vice-President of Information Technology for CENCOR, and an Executive Program Manager at PRC – simultaneously managing two of the largest document imaging programs in the federal government for the U.S. Army (PERMS) and the FAA (EDMS). Tom has a bachelor’s degree from the U.S. Naval Academy and a Master’s degree in Computer Science from the U. S Naval Postgraduate School. Tom retired from the Marine Corps reserves in 1996 as a Colonel/O-6.